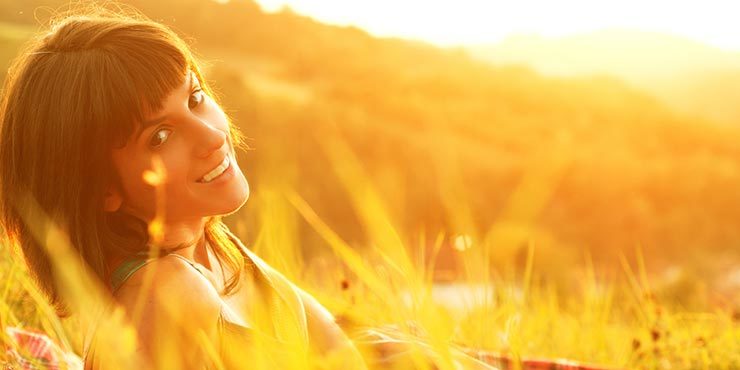 Return to a place of hope

How to cultivate the proper mindset to answer societal transitions

We live in a time of transition. On the one hand, we are trapped in a system that is strongly dictated by economic interests and thrives on exploitation – exploitation of other humans, mother earth and life itself. On the other hand, there is an increased desire to live in harmony with the environment, with others and with oneself. If we want to ensure the long-term viability of our planet and de-escalate worldwide conflicts, a shift to a more sustainable, self-reflective and resilient society is essential. However, as a rule, change doesn’t come without friction and struggle. In fact, transitions often bring great confusion, insecurity, unrest and discomfort. Even though people are increasingly aware of the negative consequences of the dominant financial-socio-technical systems and are waking up to the need for a breakthrough, it is not easy to replace mainstream thinking by a new set of values and regimes. Deep down, all humans are resistant to change and cling to what is familiar.

The archaic parts of our brain are not designed to venture into the unknown but seek safety by keeping us locked in reliable – though outdated – solutions. Established routines – even highly destructive ones – are addictive and deeply embedded in our society, infrastructure and habits. Eventually, however, the attitude of preserving the old is unsustainable. If we decide to ignore the call for change by seeking reassurance in orthodox mechanisms or by immersing ourselves in apathy, humanity’s progress will stagnate and conditions in the world will deteriorate quickly. If, however, we find the courage to nurture people who dare to think differently and foster an attitude of hopefulness and close engagement with what announces itself from moment to moment, we can develop a new way of running societal systems. This applies to all dimensions of human life, including healthcare, energy, food, knowledge and personal growth.

Transitions are not made easily. If we want to shift the paradigm from external control to empowerment, it is essential to nurture a sense of hope and agency among individuals. The sense of agency can be defined as the conviction that one has the ability to contribute, succeed and make a difference. In the words of Bandura1: “Unless people believe they can produce desired effects by their actions, they have little incentive to act.” Hence, key to taking responsibility is the creation of a sense of control and basic trust. Ideally, one develops a sense of agency throughout the different stages of childhood. Stepwise, one learns to recognise oneself as a separate, autonomous identity, capable of manifesting itself in the outside world. If, however, the individual has learned the belief that his actions have no real effect on external circumstances, he cannot develop a basic sense of trust and will have difficulty being hopeful about what is going to happen. Consequently, he will feel unsafe, powerless and insecure, and will be inclined to transfer responsibility to others. He will passively embrace what is familiar (hence, old habits) and seek protection by subjecting himself to external forces that create a false expectation of stability. Hence, empowerment implicates not only a transfer of knowledge and skills; it also requires the cultivation of a proper mindset that reflects a sense of agency, ownership and hope. Only than can we expect humans to develop the inclination to take responsibility and the willingness to participate in society.

Most people in modern society feel overwhelmed by the nature and scale of societal problems and feel incapable of acting and making a change. As a direct consequence of their paralysing feeling of powerlessness, they withdraw into denial and transfer responsibility to larger players, expecting them to find proper solutions on their behalf. In other words, they develop a form of so-called learned helplessness. Learned helplessness refers to a mental state characterised by the belief that we have no control over what happens to us, which prevents us from taking action. This mindset may lead to feelings of hopelessness and an inclination to give in to submission and apathy. Some aspects of modern society seem to contribute to this perceived lack of control. More and more people question whether they are still capable to act independently and exert free choice. They feel tricked by the ideology of free market economics that only values financial interest and requires constant competitive thinking. They doubt whether they are still capable of being self-determined and able to reflect on the moral dimensions of their behavior. To them, it appears that we are increasingly subjected to an institutionalized set of rules, values and standards.

In order to cultivate change and smooth the transition towards a healthier and more sustainable world, it is imperative to reflect on these issues. If we truly want to cultivate a transition to a more humane society, we should overcome the paralysing influence of a system that cultivates beliefs of powerlessness and apathy whereby people evade taking responsibility.

How could Germany descend to such extreme forms of moral degradation during the Second World War? A strong apathy and lethargy fed by wide-scale feelings of hopelessness, trauma and powerlessness in German society may have contributed to the rise of the Third Reich. In the Thirties, Germany faced chaos, a paralysing economic crisis, rising levels of unemployment and an overall perceived lack of perspective. To make things worse, the nation had to deal with the anger and resentment caused by the unprocessed humiliating trauma of losing the First World War,  the death of an enormous number of soldiers and high reparation payments. These national setbacks strongly shaped German confidence in the future, and thus offered the ideal breeding ground for totalitarianism and moral degradation. Via the cultivation of nationalistic ideas and the myth of the Aryan race, the Nazis managed to lift public confidence and gave new meaning to a paralysed nation. The Germans and other citizens of the Third Reich were caught in the trap of seeking relief by subjecting themselves to ‘powerful’ leaders who pretended to lift the shadows by announcing the protection of national interests, embracing what was familiar and rejecting what appeared different. This attitude does not help a society move forward but may lead to serious forms of moral collapse. It gives absolute freedom to those that intend to rule and suppress. It was Hannah Arendt who identified that deeds of collective violence can spring forth as a result of the inclination of an individual to hide behind authority and obey orders without reflection.

What do these horrors of the past imply for the future? They do not teach us that the human nature is evil, destructive or incapable of nurturing growth. Rather, they underline the importance of cherishing a sense of agency, a sense of control and hopefulness in all layers of society, which can counterbalance our inevitable fear of loss and constant change. It may protect us in dark times when we are hijacked by the primitive parts of our brain that tell us to be conservative and reject the unknown. If we don’t  manage to cultivate this mindset,  more and more people will retreat to their own safe little haven, disengage from society and deny responsibility.

If we want to create a better, more sustainable world, we have to encourage individuals to take ownership of their life, open their minds towards opportunities still unmaterialised, and halt the tendency to retract active engagement with the world. In her 1959 speech upon receiving the Lessing Prize, Hannah Arendt alerted the Western World to the phenomenon that more and more people ‘have regarded freedom from politics as one of the basic freedoms, make use of this freedom and have retreated from the world and their obligations within it. With each such retreat an almost demonstrable loss to the world takes place’.

Today, the time is ripe for renewed alertness. Increasing numbers of people are pulling back and refusing to be active members of our society. We can see that old forces and false promises that open the way for totalitarianism and absolute control are awakening once again and gaining power as people’s confusion and lack of self-determination intensifies.  Many people fear the future and feel threatened by a world that faces transitions, globalisation, loss of identity, alienation both of others and of oneself. Within this climate, we should be careful not to repeat old mistakes and lose confidence in our ability to uplift ourselves. Human history reveals the immense potential of human development. Human behaviour is not solely motivated by the avoidance of threats, but also by the potential of progression and growth, the promise of sublimation, and the desire to fulfil one’s potential in direct contact with the world.

While observing a human being that moves through the different stages of childhood, we detect a strong innate desire to learn, to create, to dream, to unravel the mystery and to connect. If we manage to cherish this curiosity and innate vividness, and boost it with the confidence that comes with a growing sense of self-recognition (agency), the child can live up to its potential, take responsibility and manifest itself in the outside world. If, however, we don’t nurture a sense of basic safety, and fail to cultivate a feeling of ownership, belonging and trust, the child will be preoccupied with seeking protection and won’t seek close engagement with the world around him. As he seeks constant reassurance of its safety, he will be highly receptive to external forces that claim to provide support and stability. His nervous system will be sensitized and easily overwhelmed. He will freeze, disconnect and pull back from his basic presence in the world into an armored state of being.

Only if we preserve our desire to enter the mystery and develop faith in our capability to cope with adversity, can we find the courage to transform failing societal systems and overcome our innate fear of loss and aversion against the unexplored. If we learn to see our society as a construct that can be changed, we will recognise that there is always room to delve into new possibilities and reshape our life actively so that it fits our current stage of growth. It is our moral obligation to reflect on the future selves we intend to create, and fight the apathy of societal disengagement by opening up to an alleviating dream of what could be.

How to come back to a place of hope once we entered an armored state?

As long as we keep ourselves locked in thoughts of unworthiness, powerlessness and victimisation, we cannot envision the feasibility of a more humane world. If we want to step out of a state of hopelessness and re-enter the flow of life and creativity, it is essential to re-engage with what really matters to us. Hope is not an abstract, passive mindset but an active state. It cannot be cultivated via abstract contemplation or admiration from the sidelines but solely via direct engagement with the world. If we stay connected to the essence of what we want to manifest and bring our thoughts and deeds in line with this aspiration, we arm ourselves against distracting forces both external (outside us) and internal (negative thoughts) and dedicate our energy more effectively – not to our primitive self that seeks constant reassurance and safety but to the highest possible manifestation of what we can be. By internalizing this tendency, we can transform challenges into opportunities.

We are fully responsible for staying present and connected with what is currently here, staying curious to what announces itself in each single moment, so that we can act with integrity and embody a beacon of hope for those who have lost their sense of direction and run the risk of being exploited by those who seek ultimate control in times of confusion.