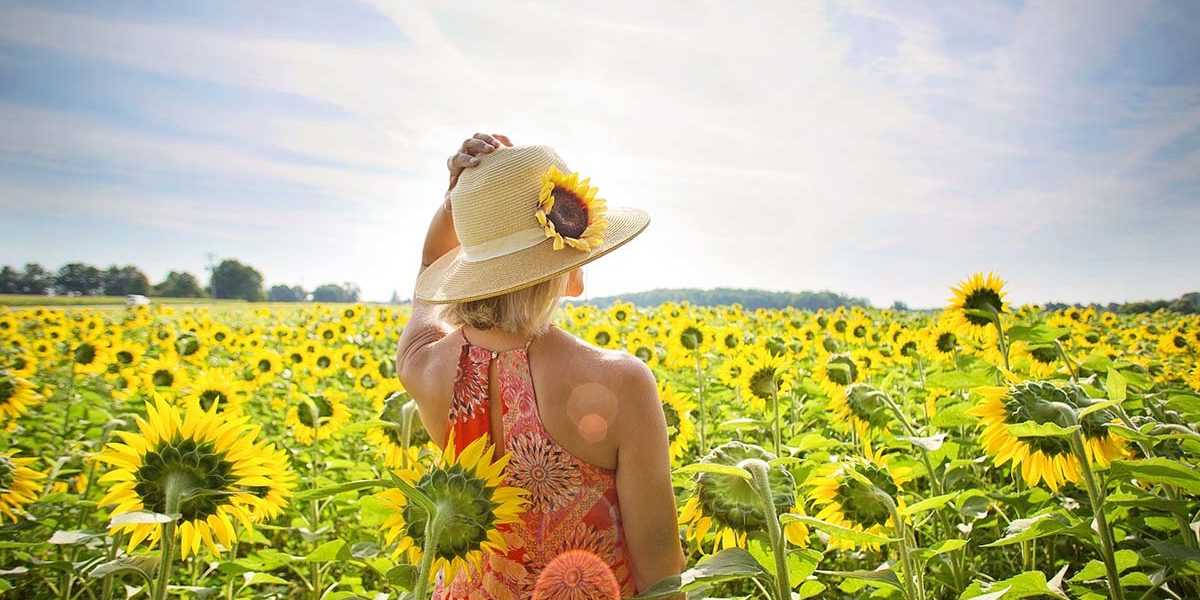 In recent years, many studies have shown positive effects of vitamin D on health, including various benefits to inflammation and immune response, cognitive function, protection against metabolic syndrome and cardiovascular disease.1 Vitamin D deficiency has been closely related to the development of coronary heart disease and its mortality.2 Vitamin D involvement in mitigating the pathogenesis and progression of CHD may occur at different levels, such as by regulation of renin-angiotensin system to lower blood pressure, promotion of insulin secretion, decrease in insulin resistance, regulation of cell differentiation and proliferation, and anti-inflammatory and anti-atherosclerosis effects, but the specific mechanisms have not yet been fully defined.3,4

Atherosclerosis, a major underlying pathological process in the development of coronary heart disease, is characterized by dramatic metabolic changes in vascular wall resident cells, which constitute, build and maintain the structure and function of the arterial wall.5 The most inner part of the arterial wall is lined by a dense single layer of endothelial cells which form a selective and protective barrier between the bloodstream and arterial wall. We have demonstrated previously that structural impairment and lost integrity of the endothelial cell barrier due to vitamin C and other micronutrient deficiency is a triggering factor in the early stages of atherosclerosis.6,7,8 Vitamin C and other micronutrients can also mitigate migration and proliferation of smooth muscle cells, pathological processes that lead to intima layer thickening, increased arterial wall rigidness, impaired contraction function, and other pathological events involved in the cascade of atherosclerotic lesion development.9 Although various nutritional factors and micronutrients have been shown to modulate important metabolic cellular events in the vascular wall, there is no consistent data on the role of vitamin D in relation to cardiovascular cell metabolism.

In this in vitro study we investigated the effects of vitamin D on important characteristics of vascular cells, such as their capacity to grow and migrate. As an experimental model we used cultured human endothelial cells isolated from umbilical vein (HUVEC) and human smooth muscle cells isolated from aorta (HASMC).

HUVEC growth
Cells were seeded in 48-well plastic plates at density 2,000 cells per well in EGM-2 cell growth medium. After attachment, cells were incubated for 72 hours at 37oC 5% CO2 with indicated amounts of tested compounds in cell growth medium and supplemented with DNA precursor, tritium labeled thymidine (3H-thymidine). Cell growth rate was determined as amount of DNA-associated radioactivity as described in details previously.10

Cell invasion
HASMC were seeded in 75 cm2 plastic flask. After attachment, cells were radioactively labeled by incubation for 72 hours in cell growth medium supplemented with 3H- thymidine. Cell layer was washed 3 times with phosphate-buffered saline (PBS). Cells were detached by standard treatment with trypsin (ATCC), suspended in serum-free DMEM and seeded on porous (8 nm pores) membrane covered with natural extracellular matrix (Matrigel) in the upper part of invasion chambers (Becton-Dickinson). Indicated amounts of vitamin D and nutrient mixture (NM) were added to cell culture after cell attachment. Cell migration through Matrigel-covered membrane toward lower part of the invasion chamber filled with DMEM/10%FBS was assessed after 24 hours incubation at 37oC 5%CO2 by wiping out remaining cells from the upper part of the chamber and measuring radioactivity associated with lower part of the chamber.

Endothelial cells isolated from human umbilical vein (HUVEC) used in our study share the same origin and major metabolic, behavioral and morphological characteristics of the arterial endothelial cells. As presented in Figure 1, vitamin D stimulated growth of HUVEC cells in dose-dependent manner. As such, we observed 7% cell growth increase at 20 nM vitamin D and 20% at 100 nM.

HUVEC were seeded in 48-well plates and grown in cell growth medium supplemented with vitamin D3 and H3-thymidine
for 48 h at 37oC. Cell growth rate was determined as amount of cellular DNA- associated radioactivity. See experimental procedure for details.

In normal, healthy, adult blood vessels, smooth muscle cells proliferate at an extremely low rate. However, in response to pathological stimuli they undergo phenotypic changes and start to grow and migrate in the tissue. Therefore, we tested the effects of vitamin D on the growth and migration of human aortic smooth muscle cells —applied both individually and in combination with vitamin C. Growth of HASMC was stimulated by addition of fetal bovine serum to cell culture medium. The results presented in Figure 2 show that HASMC cell growth rate decreased in dose-dependent manner by vitamin D. As such, in the presence of 0.1 mcM vitamin D, smooth muscle cell growth decreased by 23%, and by 34% at 1 mcM. This growth inhibitory effect of vitamin D was potentiated by vitamin C (ascorbic acid). In the presence of 500 mcM ascorbic acid, growth of HASMC decreased by 8%. However, its combination with vitamin D had more pronounced cell growth inhibitory effects. Thus, a combination of 500 mcM ascorbate together with 0.1 mcM vitamin D decreased HASMC growth rate from 77% (with vitamin D used alone) to 56% in the presence of these 2 vitamins together. In the presence of the same concentration of ascorbic acid (500mcM) but higher amounts of vitamin D (1 mcM), cell growth rate further decreased from 66% observed when vitamin D was used alone to 50% in the presence of these vitamins combined. The effective growth inhibition achieved with the combination of these 2 nutrients was higher based on their additive effects.

Inhibitory effects of vitamin D on smooth muscle cell growth rate have been reported previously and similar effects have been demonstrated in several other cell types, including human cell breast cancer cells.14,15 Conversely, negative effects of vitamin D on growth of vascular endothelial and smooth muscle cells could relate to their distinctive structural and functional roles in the body. Endothelium is formed by a single layer of endothelial cells that line the interior surface of blood vessels and lymphatic vessels and serve as a barrier, regulate blood vessel tone and perform other functions.16 Vascular smooth muscle cells constitute the major cellular type within the arterial wall, supporting contractile function of the vessels and providing structural support by synthesis and deposition of extracellular matrix—an essential part of arterial wall interstitium.17 Accelerated growth and migration of smooth muscle cells in the vascular wall represents vascular pathology leading to vascular wall thickening and atherosclerotic plaques. Therefore, our findings that vitamin D used alone and especially in combination with ascorbic acid (vitamin C) can significantly inhibit pathological HASMC growth have important health implications.

Moreover, our results indicate that vitamin D and other micronutrients can also affect motility of HASMC. As presented in Figure 3, the migration of HASMC through naturally produced extracellular matrix, Matrigel, stimulated by chemo attractive action of FBS components, significantly decreased (by 22%) in the presence of 20 nM vitamin D. In addition, we tested the combined effect of vitamin D and a specific nutrient mixture (NM), previously shown in our studies to inhibit extracellular matrix invasion of different types of human cancer cells.18 Our earlier study showed that NM—which contains natural components, such as vitamin C, polyphenols from green tea, amino acids lysine, proline and arginine, N-acetyl cysteine, and others—inhibits invasion of aortic smooth muscle cells in a dose-dependent manner, achieving 35% inhibition at 50 mcg/ml.9 In our present study we used lower NM concentration (20 mcg/ml), which by itself decreased HASMC migration through Matrigel by 14%. This amount of NM was combined with 20nM Vitamin D, which by itself could inhibit HASMC migration by 22%. We observed that when combined, both test nutritional components further decreased smooth muscle cell invasion by 48%. This level of inhibition implies synergistic interactions of this micronutrient combination, since calculated additive effects indicate 36% inhibition. The achieved effect of 48% is 12% higher than expected cumulative inhibition.

The results show that vitamin D can mitigate pathological metabolic events important in the development of atherosclerosis, and its efficacy can be enhanced by interaction with vitamin C and a specific mixture of micronutrients. Our data imply a synergistic interaction between vitamin D and NM and vitamin D and vitamin C, allowing for enhanced metabolic efficacy with lower doses of individual components. Taking advantage of nutrient synergy in developing effective approaches based on this principle has been a hallmark of our scientific approaches in various aspects of human health, from atherosclerosis to cancer.

These results further implicate the need for the development of new strategies based on natural compounds in managing arterial wall health and preventing coronary heart disease.

HUVEC were seeded in 48-well plates and grown in cell growth medium supplemented with vitamin D3 and H3-thymidine
for 48 h at 37oC. Cell growth rate was determined as amount of cellular DNA- associated radioactivity. See experimental procedure for details.

Category: Research In Cellular and Natural HealthJuly 31, 2019
Go to Top